A vegetable garden on our roof has been on our wish list for a while. The question is if we can pull it off. 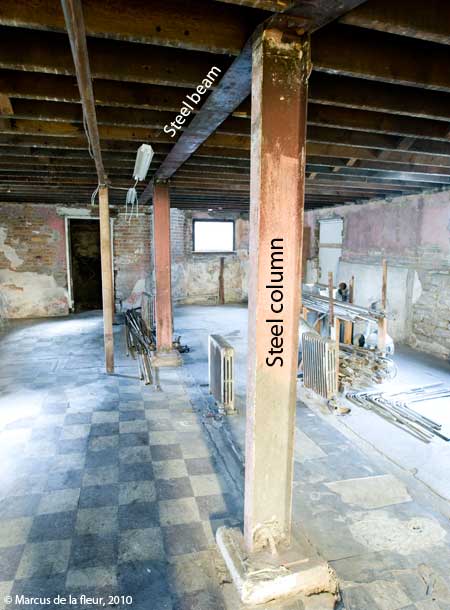 This assembly supports the interior load bearing wall of the 1st and 2nd floor and appears so sturdy that I was convinced it would support a green roof.

The actual roof structure, the 2 by 10 old growth joists running across the building, did not generate much confidence. I assumed this was the weakest structural link and would not support the extra weight of the airy vegetable plots.

How much structural reinforcement is needed? Are we talking about $500, $5,000 or $50,000? To find out, we need a feasibility study from a structural engineer.

I got Kerry from Louis Shell Structures (LSS) to take a look at the house and structures with me. He was very happy that I had all the walls open. He actually could look at and measure all load bearing components, which we did for about two hours.

To accommodate the vegetable garden, I assumed a growing medium depth of 6 inches and a drainage layer depth of 2 inches. All in all, a load capacity of 80 pounds per square foot (psf). 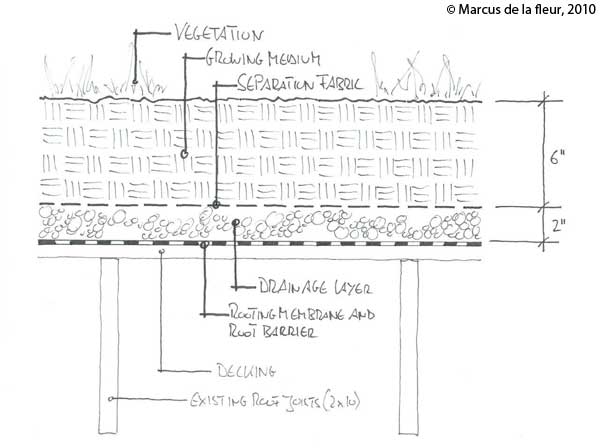 Kerry took all this information back to his office and began to crunch numbers–a lot of numbers! Lo and behold, the results were somewhat unexpected.

What I assumed to be the most solid component, the steel columns and beam, turned out to be a weak link. And what I thought to be the weakest link, i.e. the roof joists, appeared to be rather sturdy. Almost all roof joists are fit to support the additional 80 psf, with the exception of the long span area over the dining room and the kitchen. 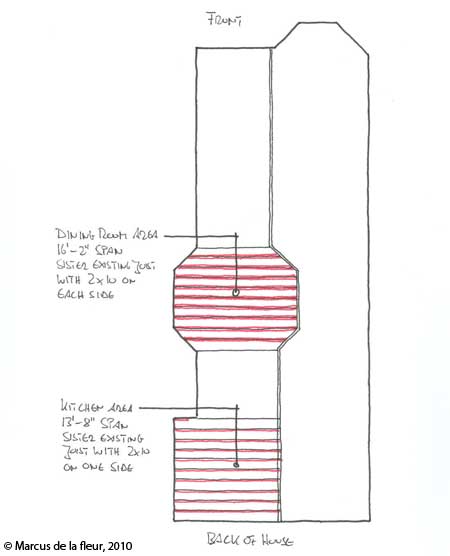 Over the dining room area, I will need to sister the existing roof joist with two 2 by 10s (one on each side). Over the kitchen area, I only would need to add one 2 by 10 to each existing joist. All roof joists will need vertical blocking over the load bearing wall. And that is it for the roof structure! 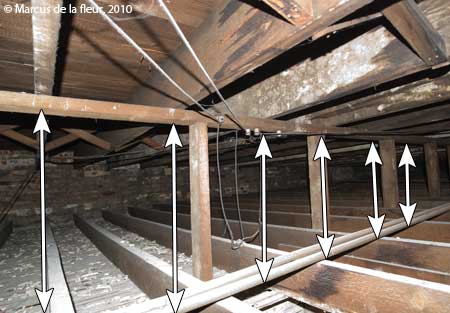 As for the interior load bearing wall on the 1st and 2nd floor, we need to add some minor reinforcement. All typical door openings need a new 2 by 8 double header to transfer the load. 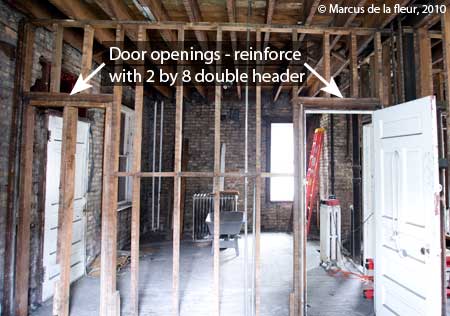 The larger opening for the French doors has to be reinforced with a double-LVL header (2 by 9 ¼ inches). 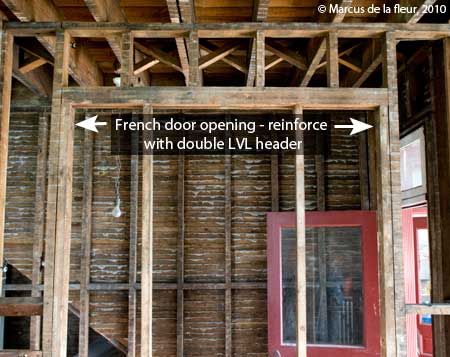 Some of the studs in the load bearing wall do not line up with the floor joists, which prevents proper load transfer. To solve this problem, we either need to add studs, or move the existing studs under the floor joists. 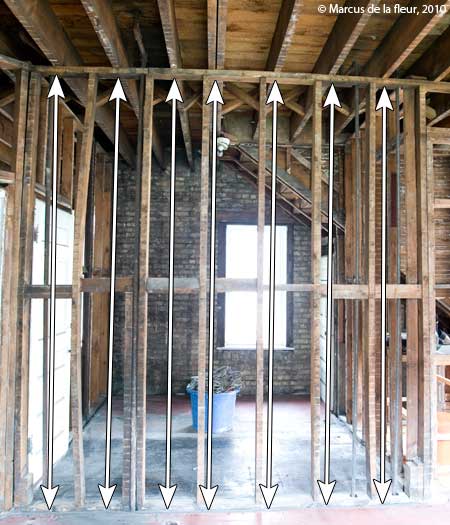 Last but not least, we have the unexpected weak link in the basement. It turns out that we will need to add a 4 inch steel pipe column half way between each existing steel column. The new columns will require a 4 by 4 foot concrete spread footing. 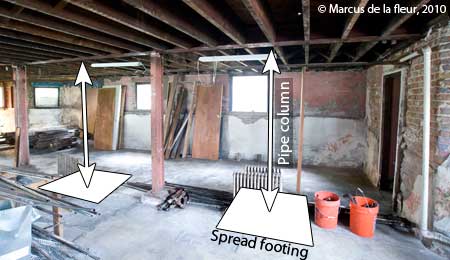 As for the budget, I think we are probably in the $5,000 range for these reinforcements. I am not sure when we will be able to put up the green roof. What I do know is that we should take care of the reinforcement now, while we have the chance.