Our careful planning of the ventilation system begins to pay off. We sacrificed nine to 12 inches of the ten-foot room height in the less-public rooms. That gave us the space for drop ceilings, which accommodate the ERV ductwork.

Although we would like to preserve the full ten-foot ceiling height in the more public rooms, we have to accommodate the low profile utilities such as the insulated PEX runs and forthcoming electrical conduits. 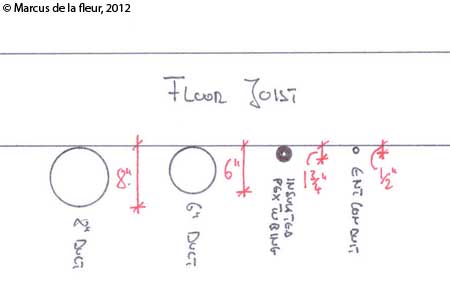 Because the depth of the insulated PEX is only one and three quarter inches, we can provide enough space with a simple furring channel application.

This also gives us the opportunity for additional sound management or impact transmission control. 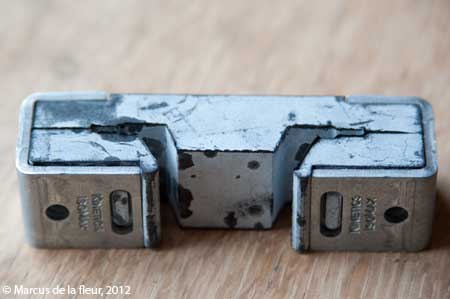 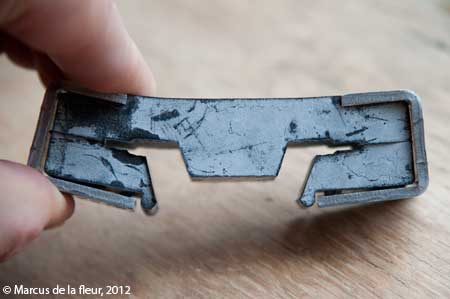 We added a half inch plywood piece between the floor joist and IsoMax to give us the required one and three quarter inch clearance space. As you can see, the furring channel is decoupled from the floor joist and fastening system through the rubber block. 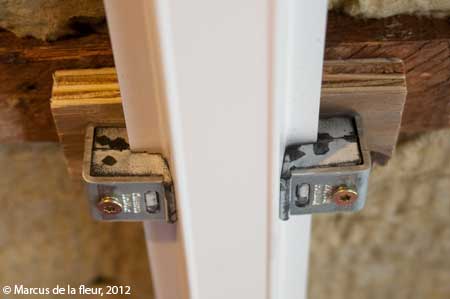 We hope that this little trick will provide additional peace and quiet. Actually, we really, really hope so, because those IsoMax Sound Clips cost an arm and a leg – between $5.00 and $6.00 apiece. Do the math and you know we have an expensive ceiling.

Based on my research, there is only one company that offers this kind of sound control solution – Kinetics Noise Control. It looks like they pretty much can charge what they want with only one player in the market. I tell you, that is an expensive piece of rubber!