Two aspects of our mechanical system fell victim to the Siberian express that ran over us during the last week of January. One of them was the Energy Recovery Ventilator (ERV).

The ERV typically operates down to 10 degrees Fahrenheit (-12 degrees Celsius). Below that, the enthalpy wheel freezes up, and a temperature sensor in the ERV shuts the unit off. That meant that we were without mechanical ventilation for three days.

That’s not too much of a problem, as we could crack open a window or two to get fresh air into the building. The down side was the big energy penalty when opening the windows. 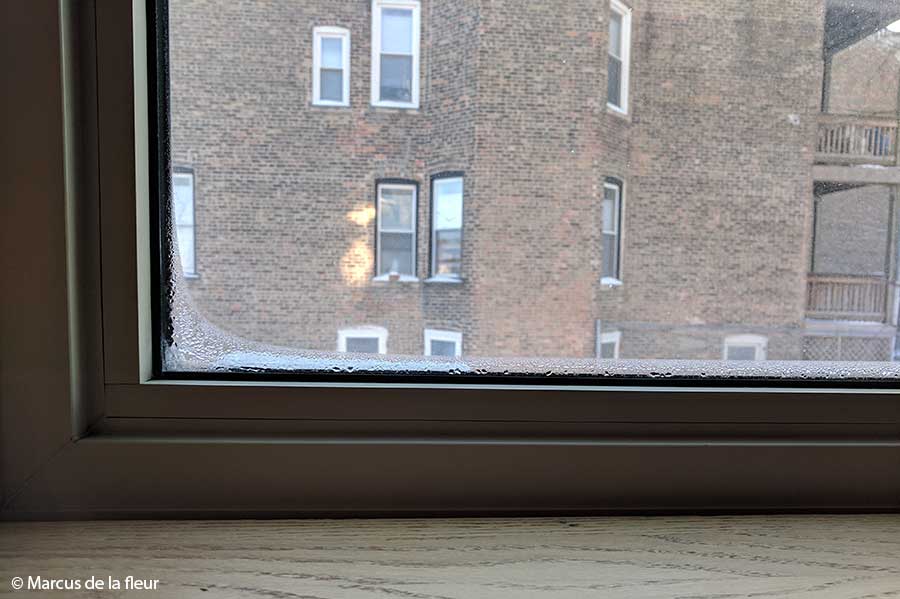 I can report that it didn’t get stuffy despite the presence of two human beings and two dogs, and that humidity levels stayed under control as was evident by the minimal condensation at the bottom of the windows during the early morning hours.

Our ERV is an earlier model of the RecoupAerator 200DX. With the current model, temperatures below 10 degrees Fahrenheit (-12 degrees Celsius) should not be an issue as the unit comes with a pre-heating element. 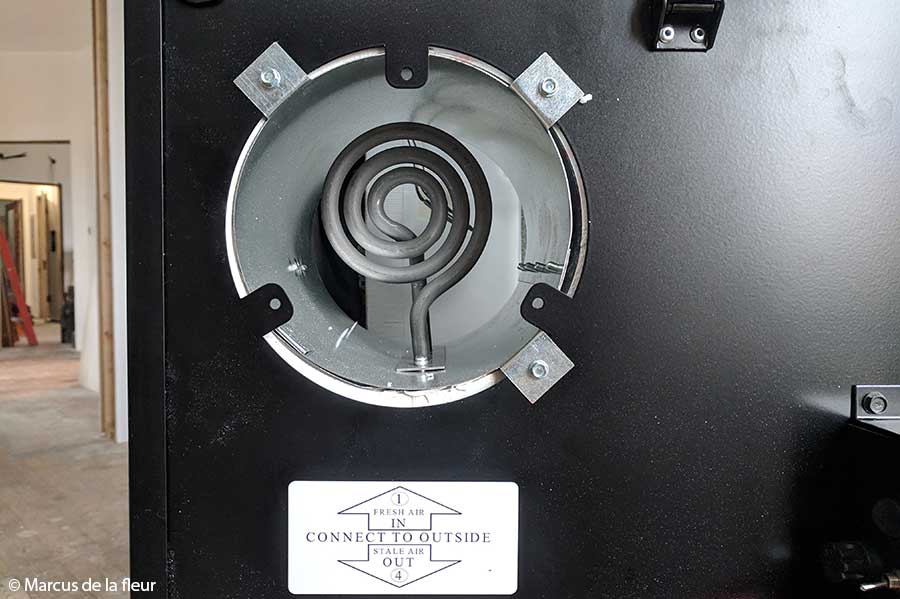 The element is built into the fresh air intake and is tied to a temperature sensor which pulses it on and off as needed to maintain the incoming air at 12 degrees Fahrenheit (-11 degrees Celsius) to prevent the enthalpy wheel from freeze up. This allows the unit to operate at outdoor temperatures below 10 degrees Fahrenheit (-12 degrees Celsius). And if combined with a solar PV array, it can even operate at a low carbon footprint.

I have mentioned what damage water can do to building materials. Using appropriate building materials (i.e. water resistant materials) is critical when it comes to durability. And despite the word on the street, or the marketing material, or what your contractor may tell you, the famous ‘green board’ has no place in the wet areas of your bathroom.

Think of wet areas as everything that is tiled. Green board is still a gypsum core with paper backing on both sides. And paper and water don’t mix. The board eventually could get compromised and grow mold, leading subsequently to indoor air quality (IAQ) issues.

I would recommend paying a few bucks extra and investing in cement board, which definitely is water resistant. How do I know? Well, the experts say so, and there is anecdotal evidence. 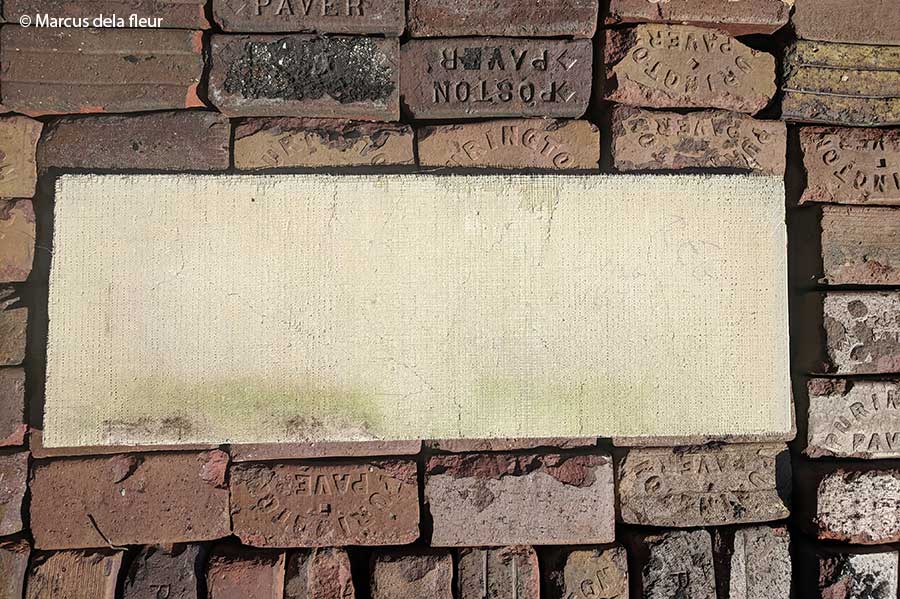 I have a little piece that has been sitting for a number of years in the garden, and it is still holding up just fine. Try that with a piece of green board!

Cement board was again our choice for the bathroom wet areas. In our case that was the shower stall, the area behind the toilet, and around that lavatory.

The shower stall will receive cement board almost reaching up to the ceiling. In the area surrounding the toilet and lavatory we limited the cement board to four feet above the floor. This way all wall areas that would intentionally or could accidentally receive water have a paper free, cement based and water resistant wall board. I also highly recommend to use special, alkaline resistant screws to attach the cement board to the framing.

The cement board will receive additional waterproofing and tiles, which should give us the reasonable amount of durability we are seeking.

More about the waterproofing and tiles in the coming posts.

There are a handful of basic strategies that should apply to any new bathroom installation or remodeling. These should be common practice, yet they are not. Just recall the residential bathrooms you have visited and you’ll see what I’m talking about. With that in mind, it won’t hurt listing the basic strategies again: 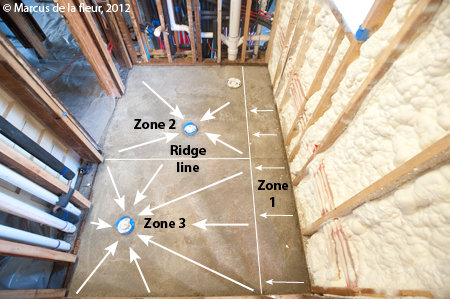 In short, it comes down to durability, proper moisture management strategies, and indoor air quality (IAQ) management. And even though some of these strategies will cost you a buck or two extra, they certainly will help you to save money and a lot of headaches in the long run!

And now, let’s get to work, step by step.

We have a special friend. His name is Erv, and he brings us fresh air into the house year round. Other people have the same friend, but they call him ERV, or sometimes by his full name: Energy Recovery Ventilator.

The ERV is a well appreciated equipment. Because our house is almost completely airtight, we need mechanical ventilation to remove the stale air and bring in fresh air. The ERV does just that, assures good indoor air quality, and in the process keeps us comfortable with the enthalpy wheel. It acts as a heat exchanger and removes excess moisture.

I like to put it this way: Using the ERV is like keeping windows open during the winter to get fresh air in, with the exception that it doesn’t get cold. It works so efficiently that it helps us to delay our heating season by up to four weeks.

The fresh air is distributed across our 1st floor apartment through a system of ducts, supplies and returns. I was about to embark on the ductwork installation project for the 2nd floor. But before doing so, I wanted to review our 1st floor ventilation system: What worked, and more importantly, what could we have done better?

Stale rooms (with a lowercase s)

The 1st floor ventilation system has fresh air supplies in key rooms to assure fresh air distribution across the apartment. A series of undercut doors, ‘indoor pressure balancers’ and ‘between room vents’ help move air from room to room and to eventually to the returns in the two bathrooms.

We can easily flush stale air out of the apartment by cranking up the ERV. However, if we run the ERV on the low setting (low airflow), the library and living room remain somewhat stale for longer than any other rooms in the unit.

In other words, the fresh supply air is not mixing sufficiently with the room air. The velocity from the fresh air supply in the foyer is good, but too slow when moving on to the library and living room.

To avoid something similar on the 2nd floor, I plan on adding a fresh air supply to the library and living room.

The first time we fired up our first floor ventilation system, it sounded like a roaring jet engine. That problem was quickly solved with two three-foot pieces of insulated flex duct connecting the ERV to the rigid ducts. I made sure we had a 90 degree bend in each flex duct, and our ventilation system fell completely silent – almost. 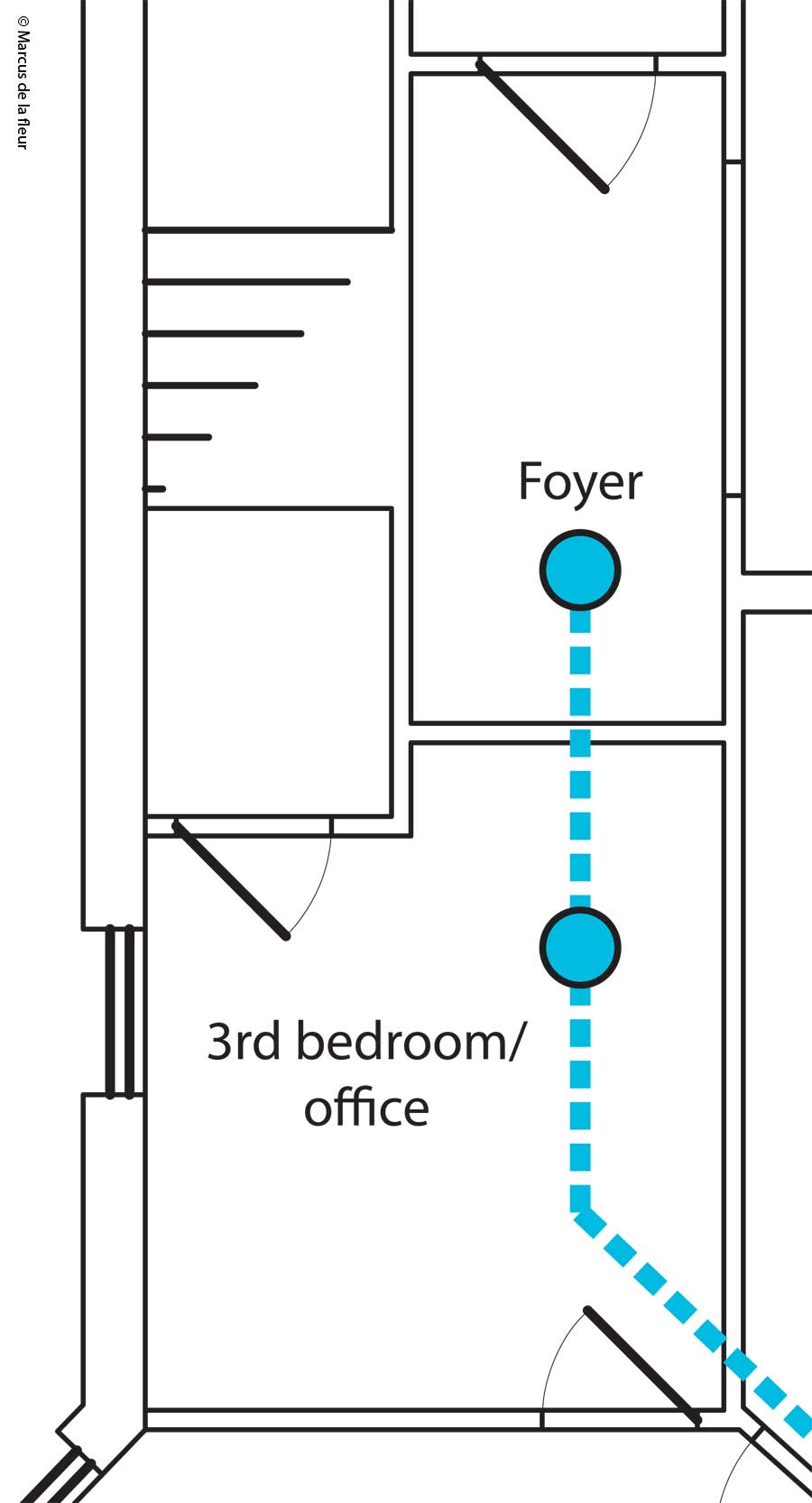 To minimize the room-to-room transmission on the 2nd floor, I plan on using a three foot piece of insulated flex duct with a 90 degree bend right after every supply to act as a sound muffler. This will also increase friction and reduce velocity, but I will try to make up for it through more generous duct sizing.

The plan below shows the 2nd floor ventilation layout with the improvements mentioned above:

Strange things happen once one embarks onto the deep energy retrofit road. For instance, a level of nerdiness sets in.

You don’t just turn on the thermostat in fall. You make a note about when exactly you turned it on. This year, it was the evening of November 1st.

Not nerdy enough? How about this:

Back in the day, when I was more than young – when I was a kid – a hybrid of joy and eager anticipation clocked in once a week, triggered by the release of the next episode of a science comic book.

Some may argue that things haven’t really changed that much, except that the comic book was replaced by the monthly arrival of our utility bills. I devour them almost immediately, and they almost always make for some interesting reading.

Such as our natural gas bill for last month, which claims that we used more gas in October 2013 than October 2014!

That seemed strange, particularly because this October seemed so unseasonably cold.

That still doesn’t explain away the difference in natural gas consumption. Nor do the extra two days on the October 2013 bill, although they could account for as much as 2.04 therms. To get to the bottom of this, I have to turn to the Energy Recovery Ventilator (ERV).

With an almost airtight house like ours, mechanical ventilation is less a choice than a necessity. It maintains good indoor air quality (IAQ) by removing pollutants and excess moisture, and as such protects us from what is known as the sick building syndrome.

The ERV doesn’t just ventilate the building, but it also has a built-in heat exchanger, the enthalpy wheel. This makes it an extremely useful piece of equipment, particularly during the heating season, as we get a supply of fresh air without the typical heat loss.

We had our fair share of ERV problems last year, starting in October. The air in the building got stale rather quickly, with no functioning mechanical ventilation. To maintain good indoor air quality, we fell back on the age old method of non-mechanical ventilation – opening the windows.

The problem for us was that there is no heat exchanger when you open the windows. We got plenty of fresh air – but is was cool October air. With that we had a lot of heat loss, which led us to turn the heat on about a month earlier than usual.

And that, ladies and gentlemen, probably explains the difference of 10 therms in the gas bill between this and last year.

If you find this remotely interesting, you have officially joined the club of nerds!